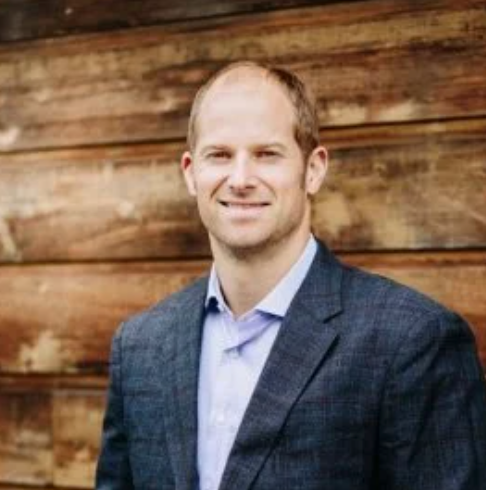 In the investment world, as in just about anywhere else these days, there seems to be so much hype. So much marketing, and frankly, a lot of BS. Celebrities – whether legitimate, self-proclaimed, or minted through the internet, become uncontested models of success. Without much consideration, we give credit to people who display financial success and entrepreneurial chops. The ultra-wealthy open their mouths, and we often listen. I can't help but think that we, the consumers, are to blame for a lot of this.

Let’s take Kim Kardashian as an example. Nothing against Kim Kardashian, but Kim Kardashian appears to have a license to print money because we listen to her. It's not her fault. She saw an opportunity in the reality TV phenomenon, established her brand, and used that to launch a number of successful businesses.  No one is forcing us to follow her online or to watch her show or to buy her products – but we do, and in the process, we continue to build her wealth. Without our attention and dollars, she would not be where she is today. We, the consumers, drive her success.

A friend recently forwarded me an episode of a show on CNBC called Countdown Closer, where right before the markets close they bring in some talking head to speak. On this particular day, the market prognosticator was Peter Mallouk, the CEO of a firm of Creative Planning, which is one of the largest (if not the largest) registered investment adviser (RIA) in the country, with approximately 85 billion dollars under management at the time of this writing. The gist of the segment was to throw out the book on traditional investing. His comments basically centered on two points. First, owning bonds as a way of accomplishing your financial goals is just not going to work anymore, he claimed. Second, he proposed that balanced or target-date portfolios should also be thrown out. He suggested they were not going to work anymore. His comment was something like, "The 60/40 approach today, now needs to be 80/20." Meaning 60 percent equities to 40 percent fixed income, versus 80 percent equities to 20 percent fixed income.

This was all I needed to hit the roof. My first reaction was, "What a [expletive] revelation, Peter." I continued to yell in my imagined debate: “Let me ask you something, Peter, when did bonds ever work? “ Now, I could be picking on him unjustly, right? There are plenty of less successful, less notable figures in the financial world who are saying and doing things far worse than this guy, but then again, he's the one who’s on TV professing what I think is complete BS. It's not even the comment about the bonds not working that bothers me as much. But how in the world can he say that if bonds aren’t the answer at all, that 80/20 works when 60/40 didn’t?! If bonds don't work at all, then shouldn’t they represent zero percent of the portfolio?

Here's the trouble with the comments like these made by people like this. Comments like this sound like the truth, when they’re heard by either the untrained ear, or someone who is half-listening or half-paying- attention – an apt description for many people these days. With attention spans so limited, comments like this are outright dangerous.

Rather than debating over the truthfulness of this man’s comments, let’s first establish the things that are unarguable. I know I keep repeating these things, but they can’t be stated often enough. Long-term, equity returns average 10% a year. Long term, bond returns average 5% a year, historically. Equity returns outpace bonds by double, and after inflation by almost triple. Furthermore, equity dividends are taxed as long-term capital gains, whereas bond income is taxed at ordinary income rates. These are the facts.

Now let’s get back to our talking head, Peter. Sometime within this segment, right after he says that bonds are no good, he then adds that “at one particular time period bonds averaged 8% returns.” But here’s the problem. It's not that bonds aren't currently in a good spot, they never were. It’s true that at some point in time bonds did average 8%. But that requires a major assumption, namely that you would know EXACTLY when that moment in time would be, before it happened. Winning the lottery is easy, too, so long as you can pick all the right numbers. You can't pull a performance number out of thin air for a pre-selected time period, after the fact, like a Monday morning quarterback, and then you say, "See, bonds work there, but now they don’t work so well anymore. " This the kind of BS that lives, and flourishes pretty damn well out there in the financial marketing world. Why does it live? Because it goes largely unchecked.

Guys like Peter are invited to opine on CNBC for five minutes, and they say things like this, and then they're gone. Down here on planet Earth, however, where financial decisions made by consumers have repercussions, comments like this don’t reconcile with reality. Making a comment that it's no longer a good idea to own bonds insinuates that they were good investments at one time, and further insinuates that you would have been able to know exactly when that time period would be, where it may have been advantageous to hold bonds.

One of the most idiotic assumptions anyone can make is that you can time the market to a T. We never create that expectation with equities, ever. We work with facts. We don't use meaningless words like “if,” or “but,” or “might, perhaps, potentially, possible,” and “conceivably.” Spare me all the “may’s” and “could’s.” Over long periods of time equities have averaged 10%. period. End of sentence.

The problem with Peter is that the real world doesn't work like a five-minute soundbite. Real people are making real decisions with real money with real consequences. He's taking the easy way out instead of telling the freaking truth. The truth would go something like this: “You know what? We in the investment world have been wrong all these years. Putting people's money in bonds, in target-date portfolios and variable annuities is and was wrong.”

For most advisors, it isn't wrong to the level of criminality. Most financial advisors simply don’t know better. They haven't been enlightened as we have. They have been operating and advising as best as they can with what they've been able to learn. Most of them harbor good intentions. But when you advise people by making statements that you know are not the whole truth, I think it rises to a level of negligence, and criminality. As Nick Murray pens, [I’m paraphrasing here] "…when you intentionally use an investor's fear against him or her, encouraging them to invest in the safety of bonds or annuities, it graduates from a crime of omission to a crime of commission." I love this phrase, “a crime of omission to a crime of commission.” A crime of omission is not sharing all the real details, and a crime of commission means you are benefiting from it financially. That is hands down my favorite Nick Murray quote.

What's the solution? For us long-term investors, it's not about trying to predict what asset class will provide the best long-term returns. We already know that. We already know it's equities. It's always been equities. It has nothing to do with whether it's Amazon or Microsoft, or Nike, this year, or this quarter. It's about the nature of the asset class itself. Which asset class is able to best reflect the future profits of a company in its price? By definition that is equities.

At Beck Bode we also know that we help our clients gain substantial long-term returns by combining the benefits of concentration (which we call proper diversification), with identifying the right time to sell the company. Indirectly, that also tells us when not to sell the company. Said in a different way, can we look to the future, utilize some of the best research on Wall Street, to signal when a company's outperformance in future profits is beginning to look unsustainable, or vice versa, when a company's outperformance in future profits is expected to continue.

I started out this piece talking about Peter Mallouk and the massive financial success he has garnered. When I put my first client in the Growth strategy back in 2006, I was driving a beat-up Nissan Maxima, which was actually handed down from my wife. Like it or not, AUM (Assets Under Management) envy is a real thing in our industry. 85 billion dollars is a ton of assets, good for Peter. I can’t begrudge him his success, nor the company he's built. He must know something I don't, right? Or does he? If I show up at the Catalina Wine Mixer and valet a shiny new Range Rover today, most people will give me a lot more credibility than they would if I were self-parking my 1996 Nissan Maxima. Sadly, that’s the way the world works.

But don't be fooled by Peter and his 85 billion. He knows less than you do. He hasn't read, Dancing With the Analysts.

How to Find a Fee-Only Financial Advisor

When I was younger I had this football coach whom I greatly admired. You know that expression you...

The Problem With Assumptions

Today we’ll be visiting the topic of fees. Fees are something everyone wants to talk about. How...